éditions 03 will see two separate releases of the book (a standard edition plus a limited collector’s edition of 100 copies only).

‘as all iconic images inevitably do, ward roberts’s courts have now become a force of their own, circulating the world with terrific velocity via the rushing slipstream of the internet, gathering momentum and making their mark upon the global eye. his work has brought together a growing community of followers, with whom he feels a humble sense of connection. this is, in a sense, the most beautiful reflection of the essence of what makes his images so riveting, his art so powerful: he gives life to the spaces of photography, and photography to the spaces of life’. 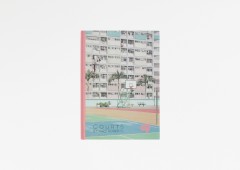